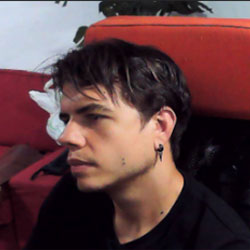 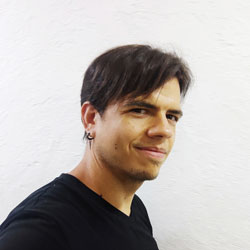 When I was a kid I was always surrounded by old computers. I learned about programming from a BASIC book and then from the Internet. I started my career very young by learning all by self. I planned to study Software Engineering but sometimes life doesn't let you do it your way 😫. Instead, I had to work hard until I managed to get a software development job.

I like the Web. The ability to be able to execute an app by just typing an url in your Browser was enough to make me fall in love. I am very good with abstractions and designing solid proof code. I also like to try new technologies whenever I can.

Well well... like the average developer I'm a little bit of a phreak. I used to like role playing games and strategic games. I'm still a big fan of scifi series, space stuff... I'm also into japanese weird stuff so I watch a lot of eastern shows. Love to write. Nowadays I do a lot of hiking and weightlifting: Nature, nutrition, health and fitness is part of my life.

What are your favourite programming languages?

Well, when it comes to programming languages I prefer Statically typed and heavy Object Oriented like Java or C# but most of my experience was with PHP, a dynamic one. I understand that dynamic typing is more productive for simpler stuff.

Do you have preferences when it comes to code editors or IDE?

I'm a big fan of VIM. For simple things it's my editor of choice. When I have to use heavier options like visual studio code or Netbeans/IntelliJ the first thing I look for is a vim emulation plugin.

Hmmm complex question with a lot of depends. I'm sure Mac's are good for development but I will never pay that price for a laptop. Instead, I usually work with Linux and my thinkpad. Windows 10 is very nice and it's becoming better for developers with the new WSL but it really depends what you have to do. If I have to program java then it's enough to have Netbeans or IntelliJ in windows. If I have to work with docker containers I stick to linux in a VM or dual boot.